From Ellen to WE: Managing a scandal is all in the execution

For all the things 2020 isn’t, uneventful isn’t one of those things. Aside from the ongoing and rightful international preoccupation with COVID-19, organizations, including a number of governments, are finding plenty of ways to get themselves into trouble. Lots of trouble. Crisis communications leads and public relations firms with issues management specialization are having a field day attempting to manage these reputational crises, that in many respects became mountains out of molehills. You can’t scroll social media feeds, turn on cable news, or listen to talk radio without seeing or hearing a new or evolving scandal. From the allegations of toxic workplace culture on the Ellen De Generes Show, to the WE Charity funding controversy taking a sustained toll on the Government of Canada, scandals are all the rage in summer 2020. And, don’t expect them to go away anytime soon.

While it is impossible to predict with any level of certainty how one could eliminate the prospect of a manageable issue becoming a scandal, there are a number of tools and principles that any organization can apply to limit the negative reputation impacts of escalating issues, and to limit their duration as well. It pains me to see so many organizations fail in these basic steps. It’s almost as if organizational hubris gets in the way of people doing what they know to be right. It’s time to step up.

Be honest and transparent

Honesty really is the best policy. When you are honest about a situation, apologize, and commit to do better, you automatically reduce the potential reputational risk to your organization. People, by nature are forgiving, assuming that you don’t abuse that forgiveness with multiple lapses in judgement.

Yet, many organizations are hard-wired to believe that an apology (saying I’m sorry with a commitment to do better) is somehow an admission of weakness, and a possible greenlight for lawsuits. So, they dig in their heels, and make situations infinitely worse by doing everything but apologizing.

With access to information laws being so prevalent throughout Canada and the US, there really isn’t any point hiding behind organizational privilege. If you’ve done something wrong that is inconsistent with the information you’ve shared publicly, and that inconsistency is validated through a freedom of information request, your credibility is sunk. This is your point of no return. Do what you know to be right and true, and you’ll be fine in the long run.

Be proactive, not reactive

Large organizations (particularly public sector organizations) are notoriously bad at managing issues, thus allowing prolonged scandals to take root. It’s a function of their scope and scale. Nimble, they are not. Think cargo ships versus speed boat. One is incredibly agile, the other less so.

The lack of nimbleness in being proactive is attributed to multiple organizational layers with differing perspectives on how to manage challenging files. This institutional breadth, and differing perspectives (legal, communications, financial, and executive) is the enemy of nimble. By the time you gather the assembled masses (public relations, human resources, legal, and organizational risk departments) to review an issue, then to achieve consensus on a recommendation requiring executive endorsement, you are hours, if not days, into an issue – now ballooning into a crisis. And, on to scandal.

A simple end run to avoid some of these delays (and to show some measure of proactivity) is to prepare a summary resource of anticipated, or likely issues, that your organization may face in the upcoming quarter, or even year. This summary resource, albeit somewhat generic, can include recommended public relations approaches, key messages, recommended spokespeople and suggested tactics. While not exhaustive to reflect the specificity of real-life scenarios, you have a working start, as time is of the essence in the early hours of a crisis or scandal.

Be specific and sincere – emphasis on show, not tell

When organizations stumble in their public response to an issue, this is where the faceplant is likely to occur. Risk averse organizations are not fans of specificity. When you are specific you provide reassurance, when you are vague you come across as not being trustworthy, or have something to hide. I’ll give you an example. Company A is being asked to comment on an allegation of financial impropriety by a senior executive that prompted a police investigation and criminal charges. A risk averse organization’s response will be that ‘we do not comment on legal or personnel matters.’ Another way to broach this issue with an emphasis on specificity and sincerity would be as follows. These are troubling allegations that are entirely inconsistent with our organizational values. We have taken immediate and specific steps to limit this type of occurrence in the future, including enhanced auditing and new whistleblower policies and protections. With the latter you pivot to something tangible, as opposed to the fancy version of no comment.

We are precariously positioned in an era where passing the buck could be an eligible Olympic sport.  Accountability is a fleeting and abstract concept, and it certainly is endangered. Issues escalate into crises and scandals when organizations, and organizational leaders, fail the accountability test. Accountability is also more than simply saying I’m sorry. It must be aligned with specific steps to address a harm caused. We’ve all seen these deflection and side-step techniques. The ‘Yes, but…’ where an organizational leader acknowledges the issue but prescribes an excuse for why it happened. The ‘shell game’ where one attempts to conflate multiple issues, thus muddying the waters around a) the issue, and b) the remedy. And, lastly, the ‘not my problem defence’. This is where the issue is simply someone else’s problem. The easiest way to avoid jumping through any, or all, of these hoops is to take specific accountability for an issue, commit to a course of action (specific steps), and regularly report on progress. When you do, you’ll be a trusted source for information. Plus, you’ll be credible.

Be on offence, not just defence

Big issues have a way of paralyzing organizations into inaction. It’s as if all other activities grind to a halt, with the cloud of reputational risk overshadowing anything you do. My advice is don’t let it. Consider your issues management response and your proactive, positive media relations on parallel streams. Strategic resources should be dedicated to ongoing management of the issue, but resources must also be dedicated to promote positive and proactive communications efforts (including media pitching of stories, social media content, and internal engagement activities) for your organization. This is all about managing the pivot from bad news to good news, while not letting singular issues or scandals define your organization. One scandal does not irreparably harm your reputation. But, ignoring it and putting your head in the sand will.

Brian Leadbetter
Brian brings over 20+ years of senior executive communications, media relations and stakeholder engagement leadership experience to the practice at lēd strategies. He has served in senior level roles in the public and private sector, including director-level communications roles in municipal and provincial governments, in addition to the post-secondary and live-event, sports, and entertainment sectors.
Recent Posts 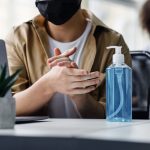 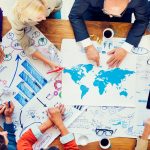 Five Tips to Think Strategy First: The Lost Art of Thinking Before DoingUncategorized