What makes President Zelenskyy’s speeches to the world so powerful?

It’s been almost one month since bombs started dropping on Ukraine. In the intervening period over 900 Ukrainian civilians have been killed, with the true figure likely considerably higher. And, over 3.2 million have fled for their lives, according to the United Nations.

In what appears to be a daily task informing the world, through searing pictures and video of eviscerated cities, and neighbourhoods lined with the dead and wounded, President Volodymyr Zelenskyy is rallying the western world to Ukraine’s cause. A cause of peace. To save his country, and his people.

It’s a war of and on information, as much as it is an actual war of convenience with tanks, missiles and bombs for Russian leader Vladimir Putin. The information war is where Zelenskyy and the Ukrainians have developed, and sustained, a clear advantage.

You’ve likely noticed Ukraine’s President on morning or nightly television news roundups. He’s been Zoomed in to many bastions of western democracy over the past number of weeks. From Canada’s Parliament to the United States Capitol, the UK Parliament and German Bundestag, you can’t miss the passionate pleas for western countries to provide more defensive weaponry and a no-fly zone over Ukraine. Zelenskyy’s consistency of messaging around these two themes is masterful.

There’s no doubt about it, these speeches are working – galvanizing and shaping public opinion in the west. In latest opinion polls conducted in the United States 81% support the US and western allies imposing sanctions on Russia for their invasion of Ukraine, while 78% support banning Russian oil and gas imports. Additionally, 69% support sending troops to European allies, and 41% support sending troops to Ukraine.

But, why? What makes President Zelenskyy’s speeches so powerful?

It’s simple. He’s following the three R’s of brand-building and compelling storytelling (real, relevant and rare). As the biggest international brands (like Apple, IKEA and Coca Cola) are abandoning Russia, Ukraine’s president is using the very same tools these mega brands use to differentiate their billion-dollar brands to help save his country. One speech at a time.

He’s using the real, relevant and rare playbook. And, masterfully. To date, the United Sates has confirmed $13.6 billion in military and humanitarian aid to Ukraine, in addition to billions more from other NATO allies. Zelenskyy’s message is resonating.

A quote from the Velveteen Rabbit starts with “real isn’t how you are made, it’s a thing that happens to you.” President Zelenskyy’s rise from national television icon to president has been widely reported. But, it’s been his handling, demeanour and candour during this latest Russian invasion that has truly set him apart.

Zelenskyy understands that authenticity matters in both what you say and how you say it. His speeches invoke both aspiration (what Ukraine was and can be again) while painting a picture of very real outcomes (further death and destruction), should Western countries not step up and do more.

It’s this authenticity that likely has him leading recent polling for the 2024 U.S. presidential election, ahead of both President Biden and Donald Trump. He actually can’t run for president, but you get the point.

Zelenskyy’s speeches also deliver a high impact – not just with words, but most recently with the use of compelling video.

This video (warning: contains graphic images) he played during his address to the US Congress paints a vivid picture, that US lawmakers and a broader American public could not turn away from. A duality of both a peaceful and dynamic country and people prior to the war, and one of destruction, devastation and death that has descended upon Ukraine during the war.

His message following the video; we need your help, and we need it now.

President Zelenskyy knows that his message is time-sensitive. With the war entering its second month and images of bombed-out cities and homes saturating billions of television screens globally for almost 30 days, he knows that his time to influence western public opinion, and correspondingly political leaders is now.

He likely knows what behavioral survey research shows us. People are becoming more selective about the content they consume (49%), while 55% say a great story keeps them engaged with content.

He is doing his best to keep us engaged, as tomorrow may bring another distraction to the international community.

You’ve also likely noticed that President Zelenskyy tailors his speech content to each specific audience. He referenced the hypothetical bombing of Canadian cities to draw parallels with the actual bombing of Ukrainian cities. He referenced Mount Rushmore and speeches of Martin Luther King Jr. as a means to convey America’s history of defending freedom and democracy. And, in his appeal to UK MPs he invoked William Shakespeare and Winston Churchill’s famous wartime speeches of 1940 when referencing how Ukraine will not give up, and will fight for its land until the bitter end.

Rarity speaks to uniqueness and novelty. Of the five most prominent speeches that President Zelenskyy has delivered to European and North American democratic institutions, all were firsts-of-their kind in terms of remote presentations to these elected bodies. While rare in delivery, the impact was significant as national television broadcasters broadcast and live-streamed the addresses to millions of domestic and international viewers.

Zelenskyy and his team are likely aware of how best to strike the right balance of maintaining this rarity (infrequent presidential addresses) while also dominating news cycles, and keeping the war in Ukraine front-and-centre for international audiences.

This certainly represents a unique challenge. With greater frequency, he risks losing impact. As it’s equally important to not over-saturate the same audiences with overly repetitive messaging.

As poll after poll shows, as of right now, President Zelenskyy is certainly passing the real, relevant and rare test. Let’s just hope the western world finally catches up.

Brian Leadbetter
Brian brings over 20+ years of senior executive communications, media relations and stakeholder engagement leadership experience to the practice at lēd strategies. He has served in senior level roles in the public and private sector, including director-level communications roles in municipal and provincial governments, in addition to the post-secondary and live-event, sports, and entertainment sectors.
Recommended Posts 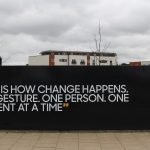 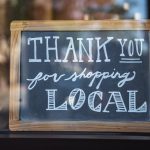